The GOP has doubled its budget to fight Democratic lawsuits to $20 million. 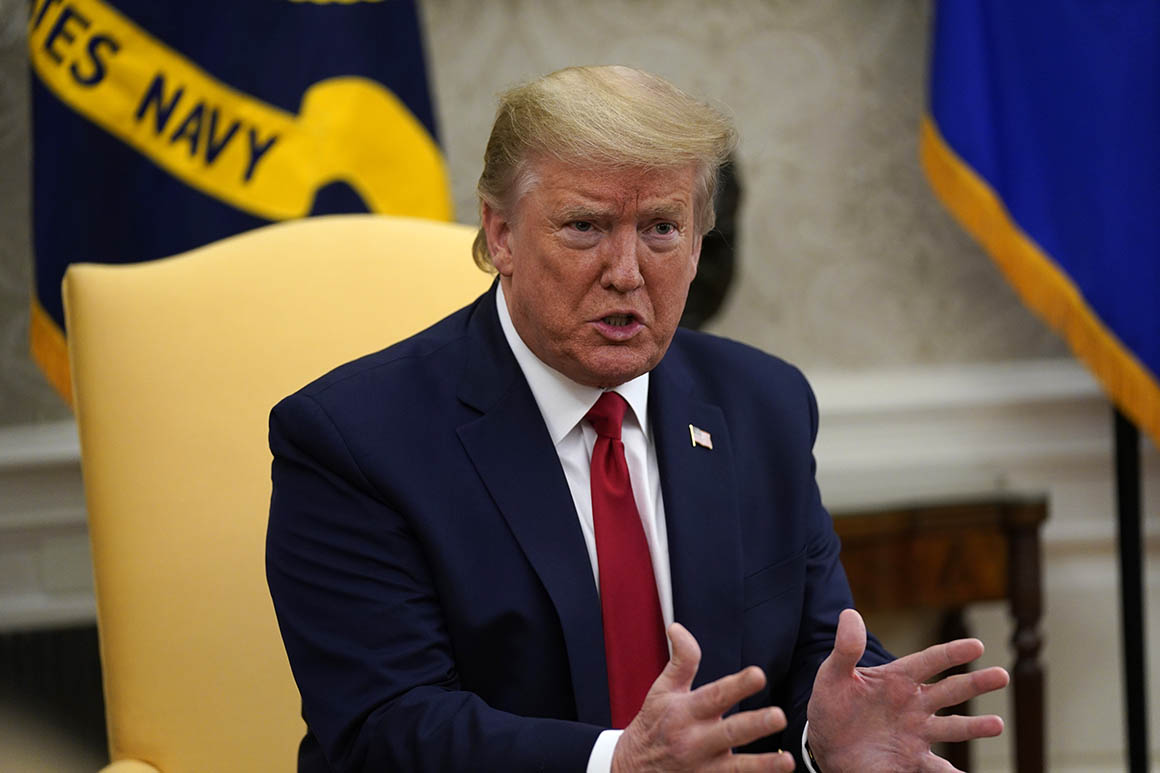 President Donald Trump’s political operation is expanding its legal effort to stop Democrats from overhauling voting laws in response to the coronavirus pandemic.

The Republican National Committee and Trump reelection campaign are doubling their legal budget to $20 million as litigation spreads to an array of battleground states. With the virus likely to complicate in-person balloting in November, Democrats have been pushing to substantially ease remote voting restrictions — something the Trump campaign and RNC are aggressively fighting in the courts

Trump, who has long been fixated on voter fraud, has taken a personal interest in the project. He is expected to discuss the legal maneuvering during a meeting with his political team Thursday.

The battle over voting laws — specifically Democrats’ efforts to make it easier for people to vote remotely during the pandemic — has emerged as a key front in the general election showdown between the parties.

More than two dozen Republican operatives are focusing on the legal battles and have been closely coordinating with party officials at the state and local levels. The Trump campaign and RNC recently intervened in Nevada, where Democrats are pushing for the state to ease restrictions by mailing ballots to all registered voters. Republicans have also been active in New Mexico, where they fought back a similar Democratic-led lawsuit.

The legal skirmishing has also been taking place in such battlegrounds as Pennsylvania and Georgia. While Republicans say they are open to some changes amid the pandemic, they are opposed to many of the farther-reaching reforms Democrats are pursuing.

“We will not stand idly by while Democrats try to sue their way to victory in 2020,” said RNC chief of staff Richard Walters. “Democrats may be using the coronavirus as an excuse to strip away important election safeguards, but the American people continue to support commonsense protections that defend the integrity of our democratic processes.”

The RNC and Trump campaign initially announced in February that they would direct $10 million to legal fights. But the party, Walters said, is prepared to sue Democrats “into oblivion and spend whatever is necessary.”

Democrats have long pushed to ease voting restrictions. Marc Elias, a prominent election law attorney who is leading the party’s effort, said Democrats were currently focused on litigation in more than a dozen states, including Pennsylvania, North Carolina, and Wisconsin. Many of the lawsuits, he said, involve expanding vote-by-mail rules.

He acknowledged, however, that the Republican Party’s massive investment is a hurdle.

“We’re not unrealistic about the fight that is ahead,” Elias said. “There is no question that Donald Trump and the Republican Party have made opposing voting rights a top priority for their campaign.”

Republicans insist public opinion is on their side. Earlier this month, the RNC commissioned a survey finding that nearly two-thirds of voters believed there was fraud in elections and that a majority thought fraud occurs more frequently when ballots are cast by mail.